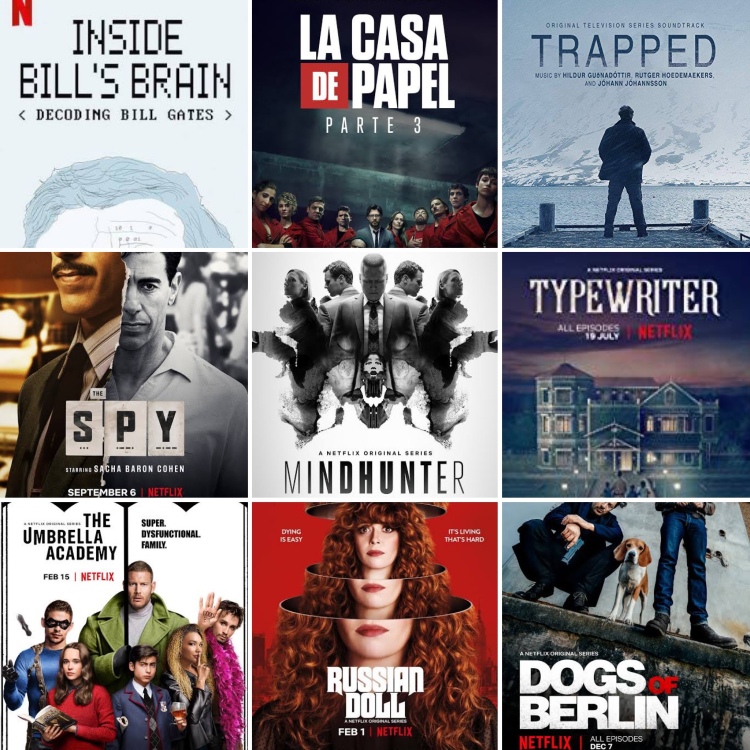 With 2019 coming to an end And having watched quite a few shows this year. Sharing the best of 2019 from shows to movies to books.  Sharing the first blog Best  Series of 2019…

The Man & his foundation are helping the world be a better place by trying their best in all ways right from sanitation to Polio Vaccination. The money earned is wisely spent.

This Icelandic series was very interesting as it was set in Iceland, while the first series is shot with the Icelandic snow, the other during summer. This Murder- Mystery has been scripted and directed very well with the very good background music, making the series suspenseful and fun to watch.

Based on a true story, The show was neatly made. Crisp wanting you to have more and more and nicely paced. This was totally Binge-worthy. The lead I was told is a comedian and the acting was superb.

Hadn’t really seen a Horror series, until this one. This has been the most chilling Indian series and so well made. Can’t wait for Season 2.

A series about FBI set in the 1970s Trying to understand what goes inside a criminals mind by meeting some of the most famous killers and understanding what was going in their mind when they committed the crime. This one is really good if you want to dig into a criminals mind and is directed by David Fincher and  Asif Kapadia.

Based on a book. Supernatural Russian Series that brings together siblings for a mission. And as they are coming together after a long time. Will the Mission be successful? A series – That has some eccentric characters and is a different genre totally, is worth a watch.

You know you have been raped, And similar stories in other parts of the states too are surfacing. But, how sure are you that all the cases are pointing towards the same person involved in all cases. Thrilling and Nail biting American series.

Another Russian Series – The name itself is pretty self Explanatory. It’s about the Protagonist, Who keeps re-visiting her Birthday Celebration. And every time there is another perceptive to the evening. It’s like the Matrokoshiya – How there are nine faces to a Russian doll.

An Indian Series on the most popular sport in our country “ Cricket” About a father who wants both his sons to be the Best cricketers and to what limits he goes to fulfil his dreams. But, do they want to be part of his sport? You have to watch Selection Day.

A Thrilling German series- What if the best footballer from your country is found dead, One day before the Big match? A series that has all of the suspects involved, the obvious ones the mangers to linking it to the underworld. These series focus on conflicts within different communities and the time to find the main culprit.

An Australian series that revolves around an investigative journalist who digs out the dark secrets of the country. Totally worth your time.

A fictional Polish series set in Poland and is about an attack that took place in Poland in 1983 and twenty years later what effect it has had on the country. Isn’t a typical War series. Watch it to get a hint on how the people were manipulated during the wars.

An American Series on Amazon  Prime play has an exciting storyline. It’s about Superhero becoming a business proposition and how they become corrupt with the “Power” they possess.

A Series inspired by the Indian Premier League is all about the dirty politics that goes behind the game. In the truest sense, this series gives the audience an “Inside Edge” watch it on amazon prime play.