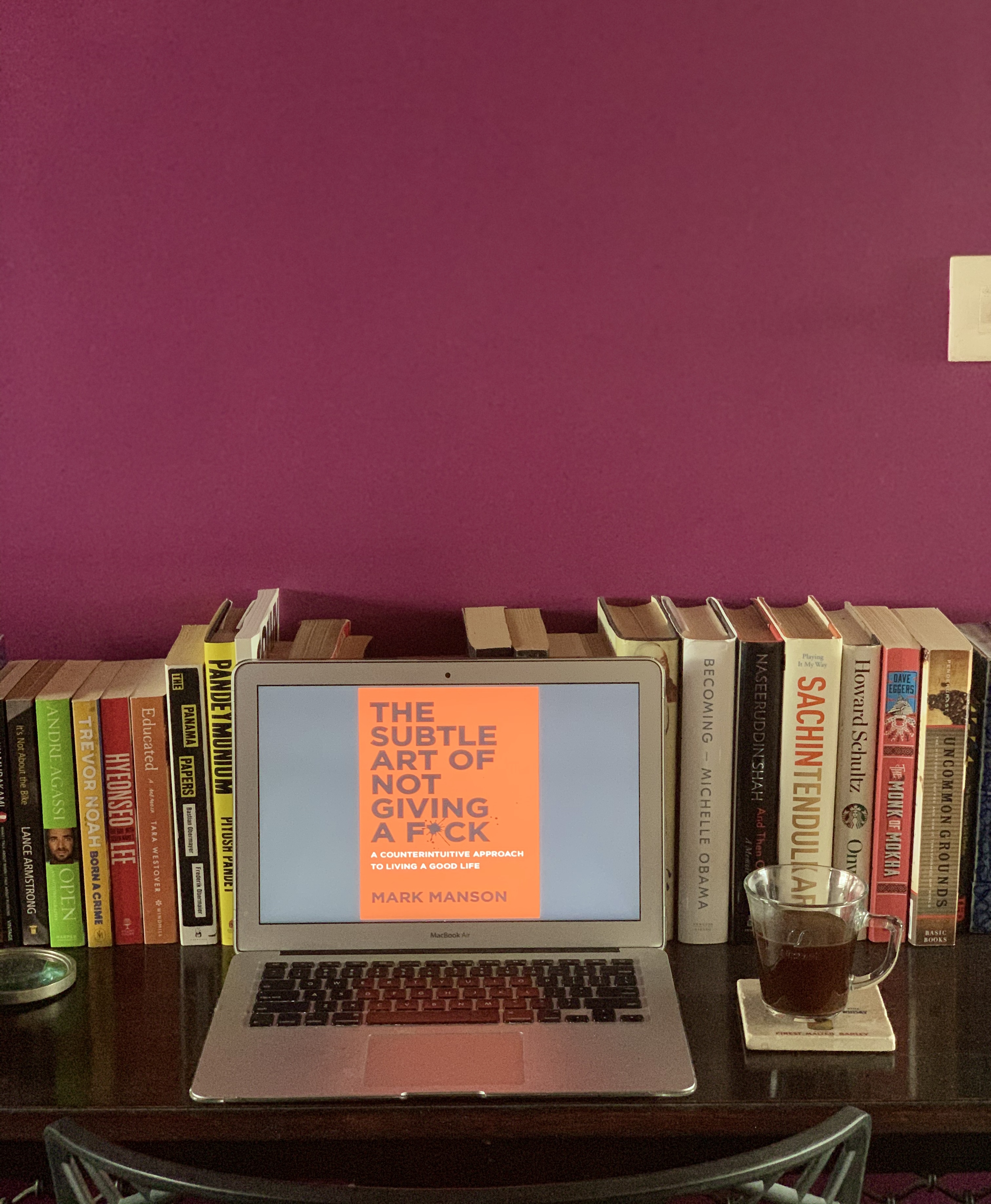 The Subtle Art of Not Giving a F**K
A book, That I had heard a lot about. But, never did I find out what it was about. Maybe because it had become such a big sensation and had hit the best-selling charts. That I was slightly sceptical to read at that time, So this year… In The Bookclub we decided to read “The Subtle Art of Not Giving a F**K” And literally within two days, I was done reading this book.
Let’s start with what I liked about this book.
The tone is very conversational, with examples for explanations, so that it becomes very relatable, unlike other self-help books the language is easy to understand.
The authors refer to his situations in his life, this makes the book trustworthy and gives the confidence to be the change.
the chapters too are captioned with the doubts or questions we always come across or have come across that makes it a fun read.
Yes! Happiness is a problem, We always do have a choice, Why we must say “No” and We are always wrong about everything.
This book is like you have always heard someone say those same things, but this time you are not listening, but you have understood his argument.

CHAPTER 1: Don’t Try
CHAPTER 2: Happiness Is a Problem
CHAPTER 3: You Are Not Special
CHAPTER 4: The Value of Suffering
CHAPTER 5: You Are Always Choosing
CHAPTER 6: You’re Wrong About Everything (But So Am I)
CHAPTER 7: Failure Is the Way Forward
CHAPTER 8: The Importance of Saying No
CHAPTER 9: . . . And Then You Die 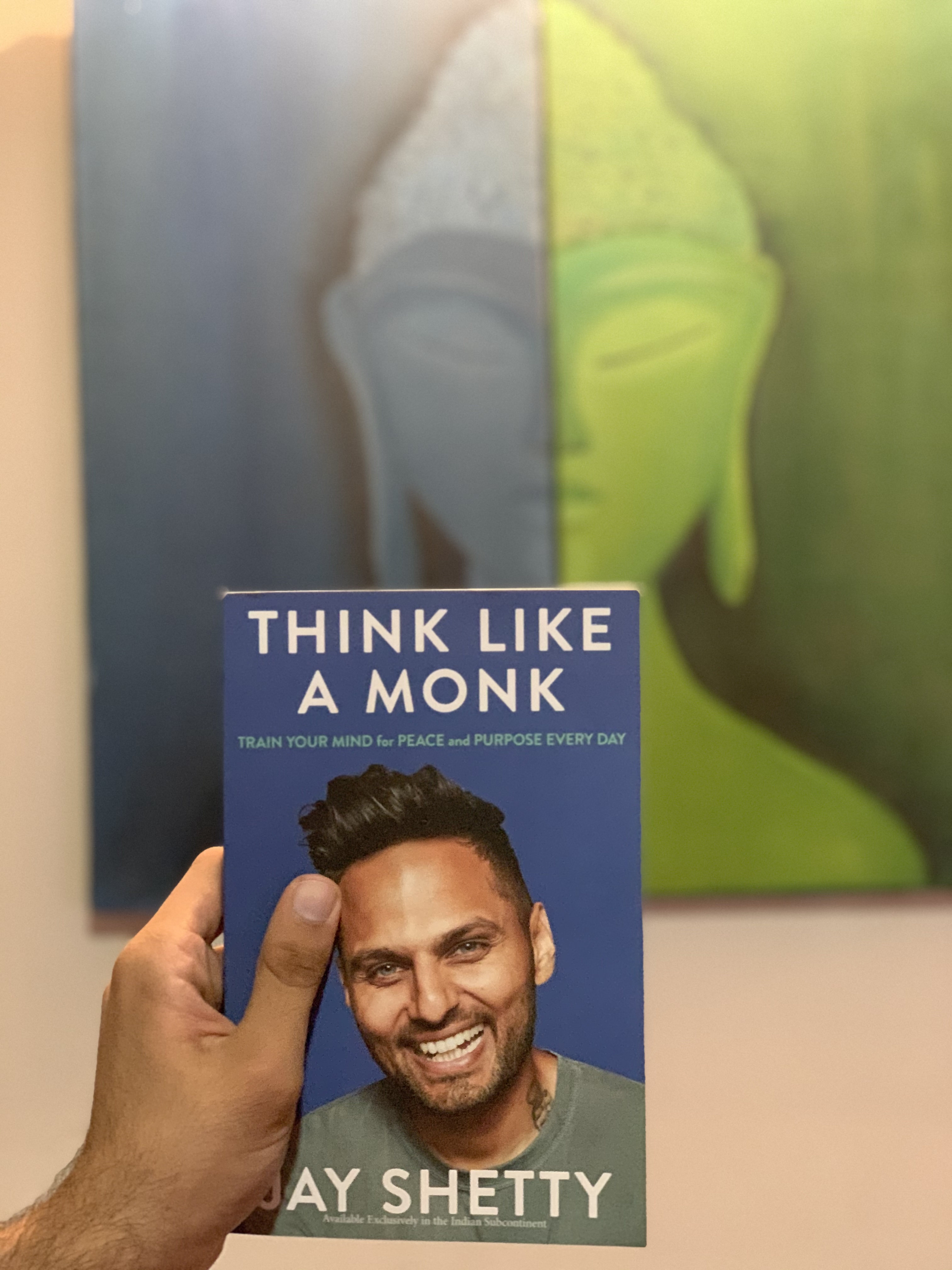 You might think, If you have read a book on spirituality, Zen, Buddhism all are the same. Yes, Most of them are very similar to a great extent. But giving relevant examples that one can connect to the current generation, can install the belief and practice of enlightenment yet again.

Whether it was Siddhartha by Hermann Hesse to finding out the secret by Rhonda Byrne or To know about the Monk who sold his Ferrari by Robin Sharma to Learning The Art of not giving a F**K Mark Manson to Thinking like a Monk by Jay Shetty.

All have their way of telling you the same thing, But they use the relevant examples to keep the practice going- If Think as a monk spoke about Brain Acton’s rejection to not giving up and come up with WhatsApp to giving each of us simple practices to practices to live a life of detachment.

Jay Shetty’s this  book, one should read today if they want to connect and change their way of living.

The book is written in three parts – Let Go the first part, Grow second and Give the last part…With some practical applications.