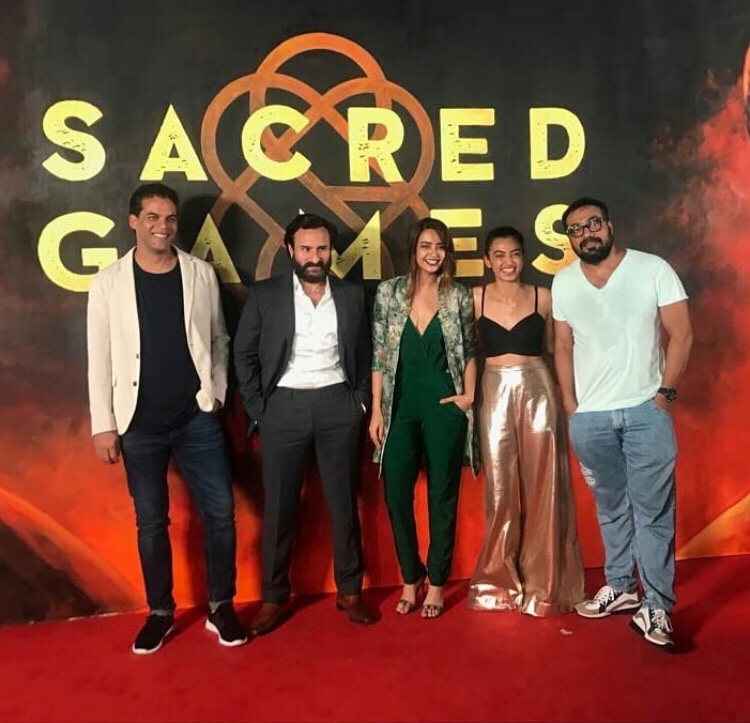 The  sacred Game, is now On Netflix and the first Web series from India in collaboration with Netflix and produced by Phantomfilms .Sacred Games doesn’t disappoint you at all. The Action,The thrill and the interest of  the  viewers can be challenging.If you are working on a storyline that’s done to death.But the whole angle of how big business politics really is ,and why it’s important aspect is highlighted.

The show that’s split into 2 seasons has episode of 45 minutes each.Each ending at the moment! Where you want to know what happens next and this hooks you on to the show.Each episode has the title of what the episode means in Sanskrit and represent how closely every story is related to the Hindu mythology.And the show  connects the underworld characters with the Hindu mythology.

Sacred Games based on the Novel by Vikram Chandra who’s plot -A Gangster and Cop story and the Corruption that lies within the system of Politics in the country.

The Casting is one of its kind ,since we haven’t really seen SaifAliKhan  portray the Role of Cop  Playing the Character “Sartaj” and Nawazuddin playing role of The Gangster  “Ganesh Gaitonde.”and Radhika Apte as a intelligence officer to assist Sartaj.

It’s a first of its kind Thriller Show with a huge star cast and Director like Anurag Kashyap & VikramAditya Motwane who are known for their Filmmaking style like Gangs of Wasseypur & Udaan.

Sacred Games is written by Varun Grover-Who you would know as the Stand up comedian.

the first episode establishes the series to know what exactly happens next ? And Why Ganesh Gaitonde chooses and gets in touch  with Sartaj and gives the lead of saving this city “Mumbai”

And tells him if he could in the  next 25 days.