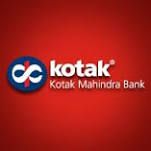 How Ironic it is to have a conversation with your Dad,Saying the Bank (kotak Bank)isn’t like the SBI(State Bank Of India) a Synonym For ICIC and Kotak.

Since, The bank is on my way towards the class that  I attend,Dad just told me to go to the bank first and then head to  my class.

The Rains  were too heavy,Even if  I were are late for 15 minutes,It  know it won’t matter ,nobody would come on time.But,Since I am a stickler for time,I was adamant please drop me off first.

After my class was done 12:30,I visited the Bank again, there was No lights at 10:00 am and hence had to visit again.

No lights still,Its not been there since last night.No Back Up ?

And.I headed to the other branch a few kms away and  me being the  4th Person in Queue. Presumed it’s a matter of 20 minutes but the guy in frontWho was just done banking,told me its been 20 minutes since  he has been standing.He counted and told me you are 4th person,You will take about 60-90 minutes before you leave.I could have left that moment but again I would have to stand in queue,May be a longer one since two branches from the city  were not functioning.All because of the heavy rains in the city flooding low line areas.

In those 45-60 minutes I met one of the representative and asked him why isn’t the other counter open.Sir, We only have one here.

Now,You understand when I am comparing this to a pathetic bank with senior representatives like government employees.

Just When,My turn came to deposit money.A representative from the bank,Asked him how long have been standing,I told him its been a while almost 1 hr 20 minutes, I also  told  him you knew this problem  will come up as soon as the  other  two branches were shut .Why does it take you long to act upon what should be done? The New counter was being set up at 13:50 the time I was leaving.Well,Normally the peak time of banking are 10:00-12:30.What  is the point of doing it at lunch time?

Also while my turn,hadn’t come yet and they were still thinking of setting up another counter – I told the person behind me,Who was running towards the counter.If that counter opens – I would go 1st,Since I am in queue.I am making it clear as I don’t want to fight on this issue.

Also at the counter the representative seemed like a government employee,Because he was so slow, and confused my making mistakes in updating the  accounts .  It should have taken about 30-40 minutes,Instead took about 80 minutes.